The event initiated and organised by R.Wy.Bro. Trevor Cavill was very successful with a great deal of bonhomie between the Provinces.

The venue and the food was well organised by Wy.Bro. Cedric Stiles and his team which was appreciated by all.

The Grand Supreme Ruler was on hand to present the trophy and prizes and to show his impartiality bowled for all three teams.

A raffle was held and the proceeds are to be split equally between the three provinces.

I am pleased to say that the team representing the Province Of Staffordshire & Shropshire ran out winners.

The trophy will be on display at the Annual Provincial Meeting at Wolverhampton in September and will make appearances at Conclave meetings after it has been engraved.

My thanks to all those who where able to attend.

Below are three pictures taken by Bob Sagoo. 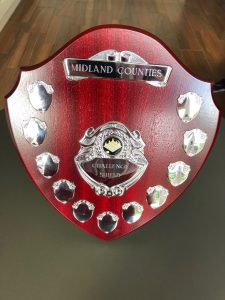 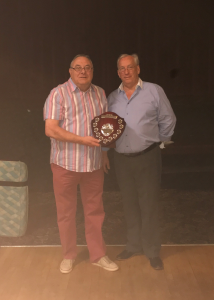 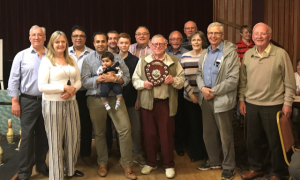